Westlake Village is a planned community that straddles the Los Angeles and Ventura county line. The eastern portion is the incorporated city of Westlake Village, located on the western edge of Los Angeles County, California. The city, located in the region known as the Conejo Valley, encompasses half of the area surrounding Westlake Lake, and small neighborhoods primarily south of U.S. Route 101 and east of La Venta Drive. The population was estimated to be at 8,473 in 2014, up from 8,368 at the 2000 census. The headquarters of the Dole Food Company is also located in Westlake Village.The original community was known simply as "Westlake". Roughly two-thirds of it was annexed by the city of Thousand Oaks in two portions, in 1968 and 1972. In 1981, the remaining third eventually incorporated as the City of Westlake Village.

Each index is a number where a value of 100 represents the national average.

Likewise a value of 50 crime index represents a crime rate that is half the national average.

Our Crime Index values are based primarily on current and historical FBI Uniform Crime Statistics.

Please let me know how I can help you 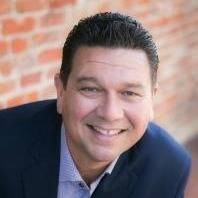